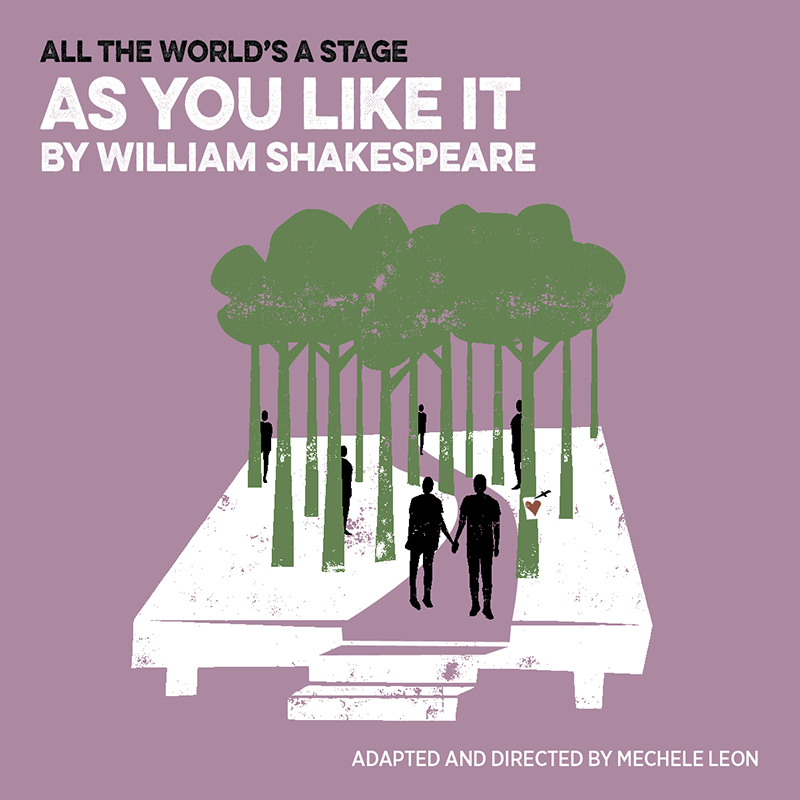 As You Like It by William Shakespeare kicks off the University Theatre’s spring season. This pastoral comedy, rendered in new light, plays weekends Feb. 21 through March 1 in the Crafton-Preyer Theatre at Murphy Hall.

Director Mechele Leon’s adaptation brings the play into the world of 1930s Europe. The production highlights finding individual freedom in a world of political tyranny. As with many of Shakespeare’s works, this play includes humor, bawdiness, gender-bending disguises, love-struck characters overcoming odds, songs, dancing, and a good dose of rustic revelry.

The play is being directed by Professor Leon, a longtime faculty member of the Department of Theatre & Dance, who most recently directed Spring Awakening for the University Theatre. She is working closely with Visiting Assistant Professor Santiago Sosa as text/vocal coach; he will also play Duke Senior. Of the production, Professor Leon says:

“If you love a classic, this production shows how relevant Shakespeare is for our time. The Crafton-Preyer Theatre will be transformed into both the all-too-real world of fascism and the fantasy of the Forest of Arden. Audiences will follow Rosalind through the forest as she carries on a hilarious charade and ultimately finds love. Student cast members are diligently working side by side with faculty actors in key roles. Moreover, faculty choreographers are bringing their talents to the production, adding delightful dances that will show off the fruits of the newly merged Department of Theatre & Dance.”

Tickets to As You Like It are on sale now at the KU University Theatre box office in Murphy Hall and online. Tickets are also available by calling the University Theatre at 785-864-3982. Ticket prices are $25 for adults, $20 for seniors/KU faculty and staff, and $10 for children. KU student tickets are $10 in advance and $15 at the door. Group rates are also available.

A member of the KU faculty since 2002, Mechele Leon is a Professor in the Department of Theatre & Dance at the University of Kansas, where she teaches theatre history, dramatic theory, acting, and directing at the undergraduate and graduate levels. She currently serves as Director of Graduate Studies for the Department. Previously, she’s served as Chairperson of the Department of Theatre (2012-2017) and as Artistic Director of the University Theatre (2009-2012). In 2017, she directed Spring Awakening for the University Theatre. She’s also directed her translation and adaption of Molière’s The Rehearsal & The Hypochondriac. She adapted Brecht’s Man is Man, with original music by Ryan McCall. Other University Theatre productions include George Dandin, The Maids, How to Succeed in Business Without Really Trying, Shiloh Rules, Shakespeare in Hollywood, and Adding Machine: The Musical. Her specialty is the history of French theatre with a focus on cultural politics and national identity. She edited the anthology A Cultural History of Theatre in the Enlightenment (Bloomsbury, 2017). She also published Moliere, the French Revolution, and the Theatrical Afterlife (University of Iowa Press, 2009), which earned the Barnard Hewitt Award for Outstanding Research in Theatre History.  Her current research explores 20th-century French cultural diplomacy through the work of French language theatre in the United States Additionally, she created and performed the solo piece Bladder Interrupted: A Self-Story About Cancer at venues in Kansas City and in New York City.

COVID-19 and Our Production Season

In accordance with federal, state, and local guidelines and in the interest of protecting the health and safety of our patrons, students, faculty, and staff, all upcoming performances by the University Theatre and University Dance company have been postponed or cancelled. The box office has been in contact with all ticketholders for Indecent and Urinetown to arrange for refunds or credits toward future performances. We will post more information regarding future perfmances here as it becomes available. Please email us with any questions to theatretickets@ku.edu. Thank you for your past and future support of Theatre and Dance at KU!