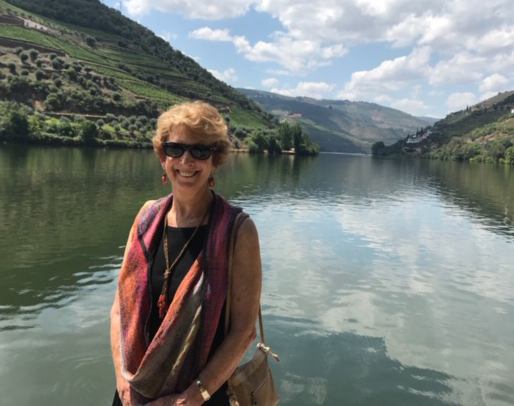 Susan Kerner is a director and professor at Montclair State University who has taught and directed nationally and internationally. We're thrilled to have her in residency with us for part of Fall 2019. She is directing The Wolves by Sarah DeLappe, which opens Dec. 5 in the William Inge Memorial Theatre. She has also interacted with students in our classrooms as a guest lecturer.

Who are you and what’s your average day like?

This is my 21st year at Montclair. I direct a production each year, teach directing, and I’m in charge of Montclair State University’s New York Actor Showcase. I produce a BFA Acting and BFA Musical Theatre showcase for agents and casting directors to connect our seniors with industry professionals. Several Montclair alumni are on Broadway now including one who is about to open in Ivo van Hove’s West Side Story and another who will star in Mrs. Doubtfire.

I developed a London theatre program at MSU. I love that and have done the same at previous universities. Students participate in an intense eight-show spring break course with backstage tours, meetings with theatre critics, actors, and directors. I started a professional development program at MSU 12 years ago. I was teaching a graduate directing class and most of my students were high school teachers. We realized together that there is a lot of opportunity to promote high school musicals (i.e. Papermill Playhouse) in NJ and nothing to promote and keep alive the straight play in high schools, so we started a Tony Award-like ceremony for high school plays. It’s a huge annual event for high school teachers, students and parents  to celebrate excellence in straight play production.

My spring semester is great. I teach the London class and a New York theatergoing class and go to the theatre a lot.”

Why are you here in Lawrence? 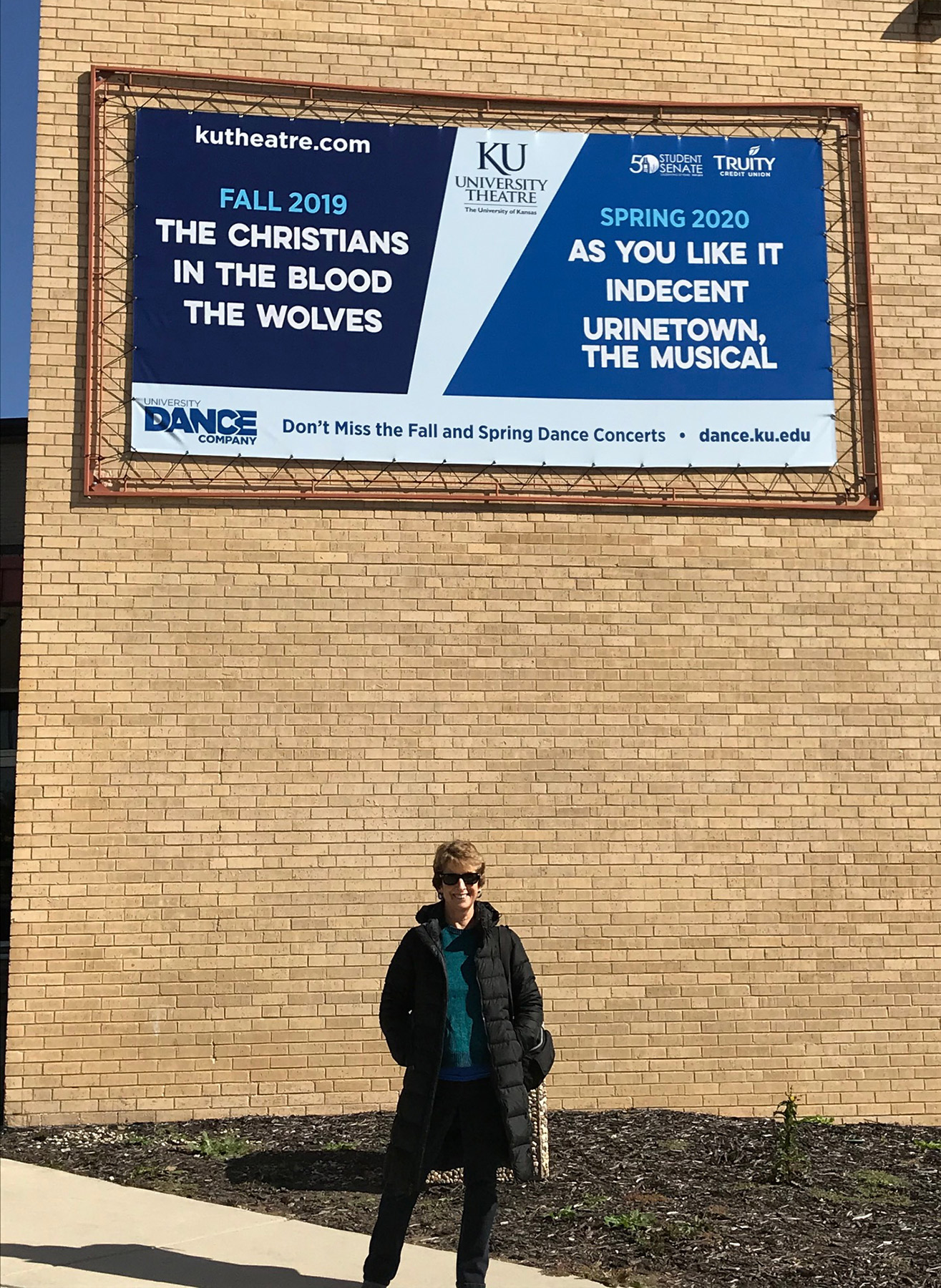 I am at the University of Kansas guest directing The Wolves. Peter Zazzali, a professor here, connected me to Kathy Pryor, director of Theatre at KU. I met Peter while I was Education Director at George Street Playhouse in New Brunswick, NJ. He was an actor in my touring company. We later worked together at The American Academy of Dramatic Arts in New York. I directed four shows there several years ago. We also taught together at MSU. I’ve always loved working with him. I’m so glad Peter, during his last semester here, invited me to come to KU to be in residency.

I will also direct The Wolves in February at Montclair. I learned about that before signing on for KU’s The Wolves. I’m learning so much about the play from the cast and artistic team at KU. We’ll use some of Jenny Sledge’s dramaturgy from the KU production in Montclair’s production.

What is The Wolves about?

It’s a coming of age story.

The play starts very macro – about the players’ relationship to the world. There’s a lot of discussion about Cambodia and Mexican children at the border. These teenage girls are all figuring out their ethics and who they are in the world in the first couple of scenes. It gradually becomes more personal as it moves toward relationships with teammates and self-discovery.

What plays do you see?

Everything. I tend to see new important work. I love certain playwrights like Caryl Churchill. I tend to follow directors. I’m always interested in Ivo van Hove’s and Sam Gold’s work– so many choices in New York. My theatre-going tends to be researching new work and London productions as a result of the courses I teach. Of the shows going on right now in New York, there’s an amazing London transfer of Harold Pinter’s Betrayal. There’s also a London transfer of Sondheim’s Company opening with roles gender-swapped and it’s brilliant. 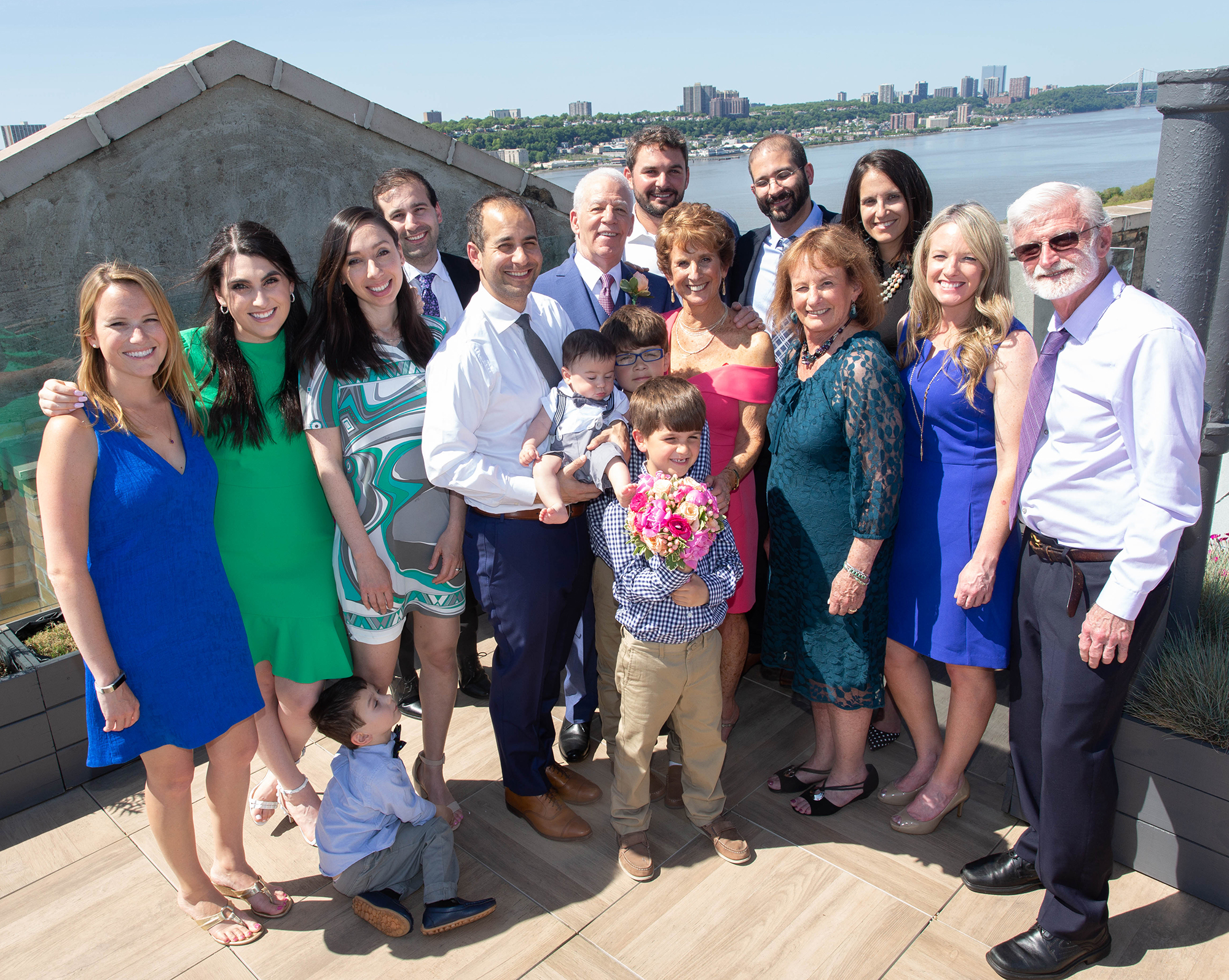 What’s new in your life?

I just got married! My husband Paul and I were married in May.  Our 5 children and 6 grandchildren participated in the ceremony.

COVID-19 and Our Production Season

In accordance with federal, state, and local guidelines and in the interest of protecting the health and safety of our patrons, students, faculty, and staff, all upcoming performances by the University Theatre and University Dance company have been postponed or cancelled. The box office has been in contact with all ticketholders for Indecent and Urinetown to arrange for refunds or credits toward future performances. We will post more information regarding future perfmances here as it becomes available. Please email us with any questions to theatretickets@ku.edu. Thank you for your past and future support of Theatre and Dance at KU!