The Department of Theatre & Dance and its production wings, the University Theatre and University Dance Company, will explore themes of identity, human desire, trauma, morality, and religion during the 2019-2020 season. Eight theatrical and dance public performances will be directed and choreographed by nationally respected guest artists, select students, and faculty, including Professor Henry Bial, the newly appointed chair of the Department. 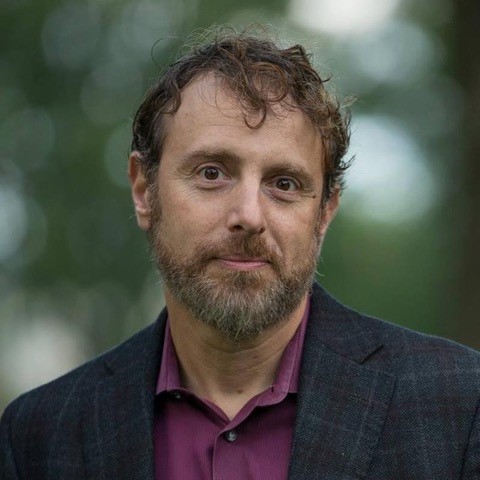 “The dynamic audience response to our last few seasons has shown us that students, faculty, and community members alike respond to work that pushes the boundaries of the form and demonstrates our commitment to diversity, equity and inclusion,” said Bial, who will be directing Paula Vogel’s “Indecent” in spring 2020.

The Department, through its production wings, is one of the only educational units on campus that gives the public an opportunity to witness students’ growth as they progress through college. KU Theatre & Dance serves as an incubator for young talent and as a safe space for students and community members to explore difficult topics, said Katherine Pryor, director of Theatre. 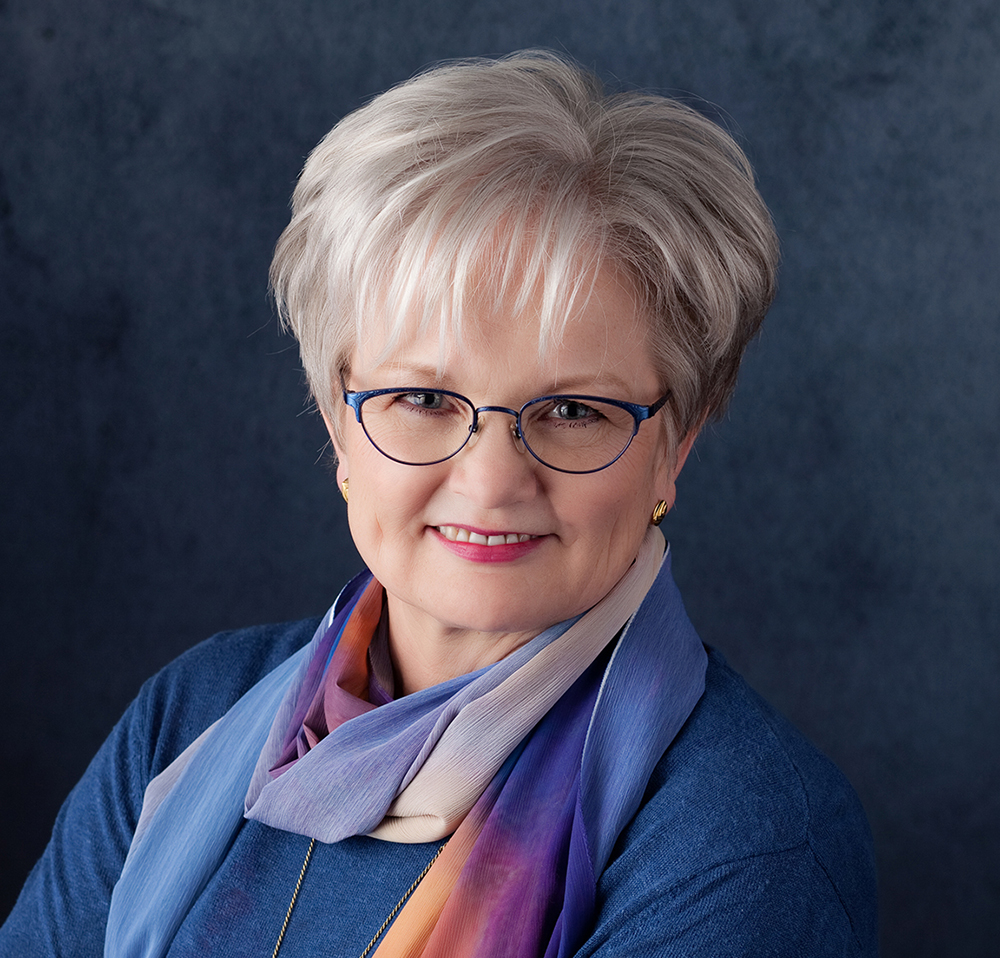 “It is important for us to select programming that clearly defines our values. We are here to educate and train the artists and changemakers of tomorrow,” Pryor said. “Within that structure, we also believe strongly in offering experiences for our audience that reflect our commitment to diversity and inclusion. We want to tell you stories that reflect the voices of people who are marginalized, stories that will encourage discussion afterwards about your political and societal beliefs, and stories that will inspire all of us to be better.”

The public will experience a variety of traditional and contemporary offerings. The University Dance Company Fall Concert focuses on telling the stories of powerful women. In “Indecent,” a contemporary play tells the true story of a controversial moment in American theatre history: the first romantic kiss between two women ever depicted on Broadway. With hip-hop and spoken-word influenced language, “In the Blood” digs deep into the systemic flaws in the U.S. surrounding poverty, family, and racism. Though heavily comedic, Shakespeare’s “As You Like It” is also rooted in serious themes like tyranny, exile, redemption, and forgiveness. The season finale, the Tony Award-winning “Urinetown: The Musical,” is a tongue-in-cheek story of a Government ban on private toilets due to a water shortage.

Guest artists lend unique perspectives and opportunities for students to learn, Pryor said. “The Christians,” which opens the season, will feature musical direction by Kelley Hunt, a pianist, singer, and songwriter of blues, roots, and gospel music. “The Wolves” will be directed by Susan Kerner, a New York City-based director and professor at Montclair State University, who has taught and directed extensively in theatres and universities throughout the U.S., Europe, and Asia. The Fall Dance Concert features choreographer Rebecca Bryant, a co-founder of past)(modern performance duo company, dancemaker for Lower Left Performance Collective, and dance professor at California State University, Long Beach. The Spring Dance Concert features choreographer Nejla Yatkin, a recent 2018 Drama Desk Award nominee, 3Arts Award Fellow, and Princess Grace Choreography Award recipient. KU Theatre alumnus Eric Avery, a cultural organizer, designer and freelance artist will return to campus, where they’ve previously served as a guest instructor of both theatre and dance, to direct “Urinetown,” the season finale.

The Christians, a new play by Lucas Hnath, will be directed by Markus Potter, assistant professor in the Department of Theatre & Dance. Kelley Hunt, a Kansas City-based pianist, singer, and songwriter, is the musical director. It will run September 27, 28, 29 and October 4, 5, 6, 2019, in the Crafton-Preyer Theatre. Short synopsis: A pastor of a mega church has a change of heart that sets up a theological battle, disrupts conventions, and provokes doubt among his associates and his congregation.

In the Blood by Suzan-Lori Parks will be directed by Timmia Hearn, graduate student in the Department. It will run October 25, 26, 27, 29, 30, and Nov. 1, 2019, in the William Inge Memorial Theatre. Short synopsis: Hester lives in destitute poverty beneath a bridge with five children and struggles to “get a leg up.” Hester is faced with institutional racism, sexism, and the impossibility of the “American Dream” in this tale loosely inspired by Nathaniel Hawthorne’s “The Scarlet Letter.”

The Wolves, a new play by Sarah DeLappe, will be directed by guest director Susan Kerner, a longtime professor of theatre at Montclair State University. It will run December 5, 6, 8, 9, 11 and 12, 2019, in the William Inge Memorial Theatre. Short synopsis: A slice of life play focuses on a girls’ soccer team and each team member’s struggle to negotiate her individuality while being part of a group. Through practices they get to know each other personally; through trauma they form an even closer bond.

As You Like It by William Shakespeare will be directed by Mechele Leon, professor in the Department of Theatre & Dance. It will run February 21, 22, 23, 28, 29 and March 1, 2020, in the Crafton-Preyer Theatre. Short synopsis: A band of exiles, having escaped a vindictive and capricious tyrant, inhabit a forest in which they find freedom and love. Through an original adaptation that brings the play into the 20th century, this production highlights politics and gender to embolden the audience’s imagination, spirit, and faith in the human condition.

Indecent, the latest play by Pulitzer Prize winner Paula Vogel, will be directed by Henry Bial, professor and author of the book “Acting Jewish.” It will run March 20, 21, 22, 25, 26, 27, 28 and 29, 2020, in the William Inge Memorial Theatre. Short synopsis: A troupe of Jewish actors tells the story of Sholem Asch’s legendary play “God of Vengeance” (Got fun nekome) from its first reading in Warsaw in 1906 to its controversial Broadway debut in 1923 to its legacy in the aftermath of the Holocaust. By turns comic and tragic, musical and literary, the play offers a rich meditation on language, culture, identity, and representation.

University Dance Company Spring Concert will feature choreography by guest artist Nejla Yatkin, an award-winning and acclaimed choreographer originally from Germany, as well as choreography by dance faculty members and select senior dance majors in styles ranging from classical ballet to East Indian classical to jazz to contemporary. It will be April 2, 3 and 4 at the Lawrence Arts Center.

Urinetown: The Musical, book and lyrics by Greg Kotis and music and lyrics by Mark Hollmann, will be directed by Eric Avery, a KU Theatre alumnus and interdisciplinary artist. Musical direction by Ryan McCall, composer and musical director in the Department. It will run April 24, 25, 26, May 1, 2 and 3, 2020, in the Crafton-Preyer Theatre. Short synopsis: A three-time Tony Award winner, “Urinetown: The Musical” is about a water shortage and a Government ban on private toilets and parodies traditional musical troupes. In our current political state, this satirical story of capitalism, climate change, injustice in the legal system, and personal freedom will leave you wondering if truth is stranger than fiction.