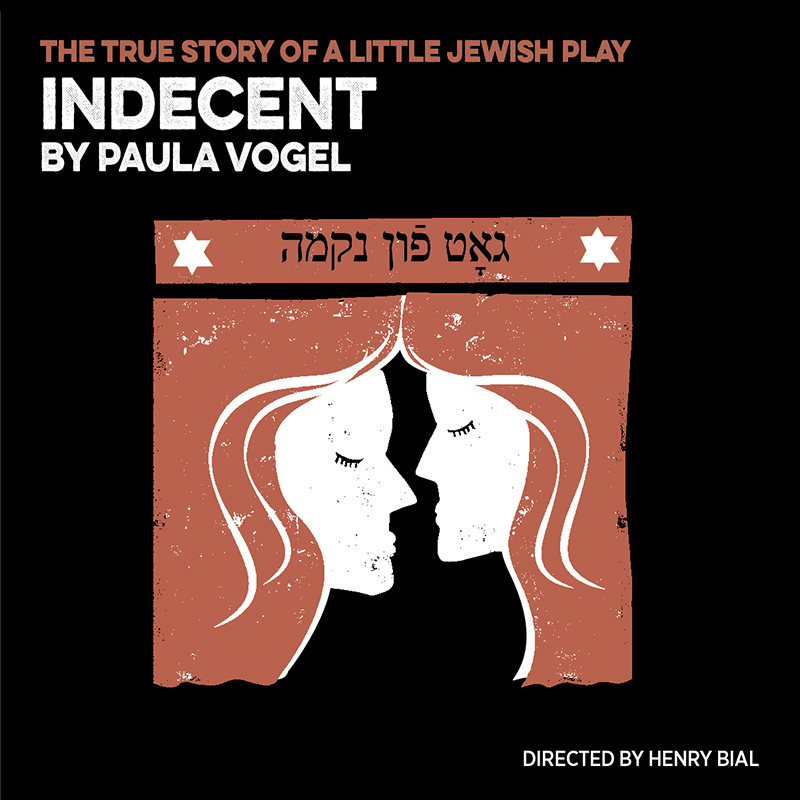 KU’s University Theatre presents Indecent by Pulitzer Prize-winner Paula Vogel March 20 through 29 in the William Inge Memorial Theatre at Murphy Hall. A rich meditation on culture, identity, and immigration, Indecent tells the true story of another play, Sholem Asch’s Yiddish-language melodrama, God of Vengeance, which caused a sensation in 1923 when it became the first play in Broadway history to feature a romantic kiss between two women. Indecent is written and performed in English, though the audience will have a chance to see and hear a little bit of Yiddish, among other languages.

Indecent was first produced in 2015 and debuted on Broadway in 2017, earning a Tony Award nomination for Best Play and winning the award for Best Direction (Rebecca Taichman). In addition to the cast of seven undergraduates, the University Theatre’s production of Indecent includes an ensemble of three local Lawrence musicians (all KU alumni) playing a variety of Jewish songs. Director Henry Bial, Professor and Chair of the Department of Theatre & Dance, drew on his extensive research in Jewish theatre to prepare for the production, while also relying on faculty in the program, in Jewish Studies, and in the School of Music for additional expertise in Yiddish language and traditional klezmer-style music. 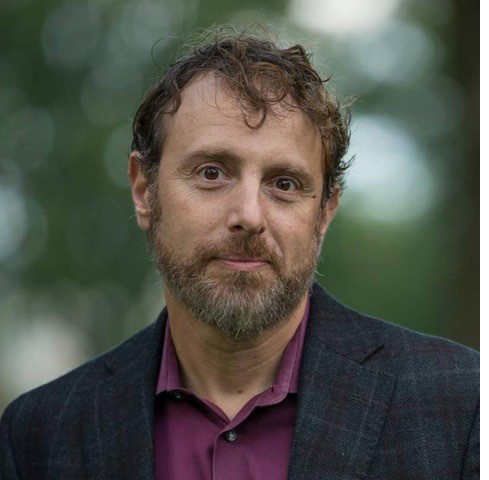 “It’s really an all-star team we’ve put together for this project,” Bial said. “This play has a little bit of everything: music, dance, laughter, tears, history, ethnicity, sexuality, you name it. Having so much faculty expertise on board has helped the company rise to the challenge, while providing an outstanding learning opportunity for our students.”

Coming to life in an abandoned theatre, a “ghost troupe” enacts the story of Asch’s God of Vengeance (Got fun nekome) from its first reading in Warsaw in 1906 to its controversial Broadway debut in 1923 to its legacy in the aftermath of the Holocaust. By exploring this milestone in Jewish and LGBTQ+ representation, Indecent celebrates the transformative power of the theatre and challenges us to consider the responsibility of the theatre artist in times of social upheaval.

To provide a richer experience, the Department is hosting a staged reading of the play that inspired Indecent. Attend a reading of God of Vengeance (Got fun nekome) March 24 at 7:30pm in the William Inge Memorial Theatre. Tickets are not required; it’s free and open to the public.

Dr. Renee Perelmutter, Associate Professor of Slavic Languages & Literatures and Jewish Studies and director of KU Jewish Studies, served the role of language consultant, coaching the actors on Yiddish pronunciation and providing additional expertise on the language and culture of the period. Given the important role that live music plays in the production, Dr. Stephanie Zelnick, Professor of Clarinet in the School of Music, served as music consultant. Dr. Justin Harbaugh, who holds a doctorate in musical arts-clarinet performance from KU, serves as musical director to the production, in addition to playing clarinet. Ric Averill, a director, playwright, composer, actor and educator and Director Emeritus of Performing Arts at the Lawrence Arts Center, plays accordion; and Avery Parkhurst, a Lawrence-based professional musical artist and educator and 2018 School of Music graduate, plays violin.

A KU faculty member since 2005, Henry Bial has served as Chair of the Department of Theatre & Dance since May 2019, following appointments as Director of Jewish Studies, Chair of American Studies, Senior Associate Director of the University Honors Program and Associate Dean of the College of Liberal Arts & Sciences. His research and teaching specialties include religious performance, Jewish popular culture, theatre history, and performance studies. He is the author or editor of five books, including Acting Jewish: Negotiating Ethnicity on the American Stage and Screen, Theater Historiography: Critical Interventions, and The Performance Studies Reader. His most recent book is Playing God: The Bible on the Broadway Stage (2015), winner of the John Frick Award from the American Theatre and Drama Society and the Byron Caldwell Smith Award for best work of nonfiction published by a Kansas resident. Bial has worked as a director, performer, light designer, and dramaturg in university and professional theaters in New York, Kansas City, Albuquerque, and elsewhere, including a recent appearance as Dr. Madden in the Kansas Repertory Theatre’s Next to Normal (2017). He last directed Metamorphoses (2017) for the University Theatre. He holds a PhD in Performance Studies from New York University and a BA in Folklore and Mythology from Harvard University.